Steve: A day in Camino-speak isn’t in sync with real-world time, rather it runs from leaving one albergue to arriving at the next albergue.  So, from now on I’ll try and post, wifi permitting, in the afternoon after we’ve arrived at our destination, and we’ll decree that to be the end of the day.

We were a bit slow getting up and out of Roncevalles.  H and I are new to this and it took ages to collect our belongings and our thoughts together to actually make it out the door.  Jen, the old hand, has a stinky cold so wasn’t much better at it than us.

We dragged ourselves and rucksacks to the cafe next door and had breakfast.  That was so nice, we had another breakfast. 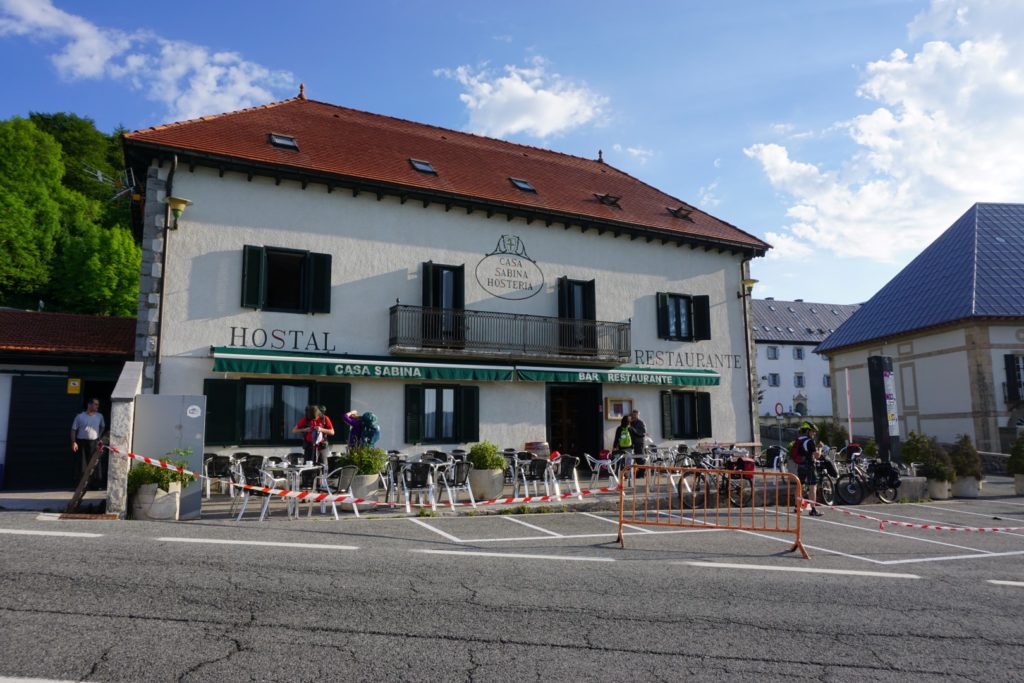 And then to the trail.  After a hundred metres we saw this frightening sign: 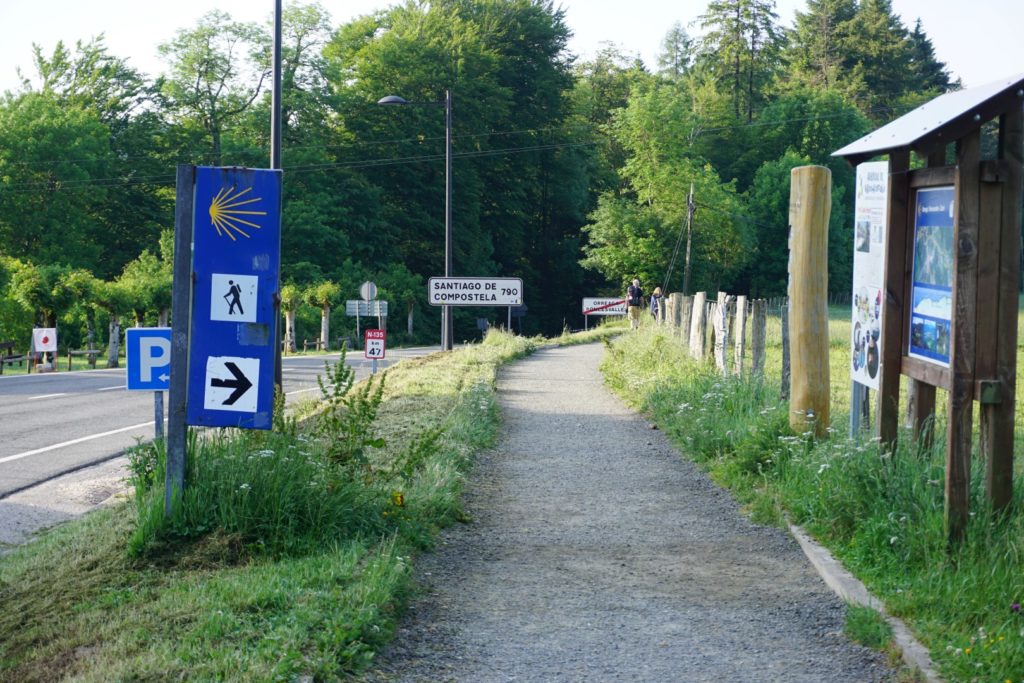 which does rather take the shine off things…

The sun was shining and the way was relatively easy after yesterday. And mostly downhill.  This part of Spain is very picturesque. 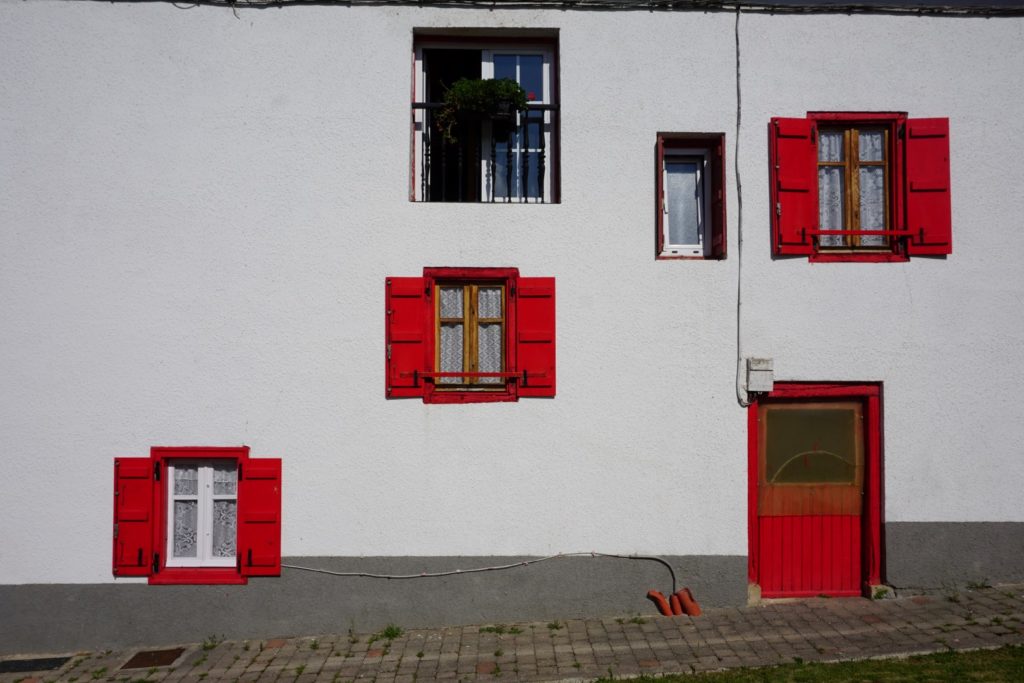 The rest of the day was a blur.  We arrived in Zubiri, another beautiful town, around 2:30pm. 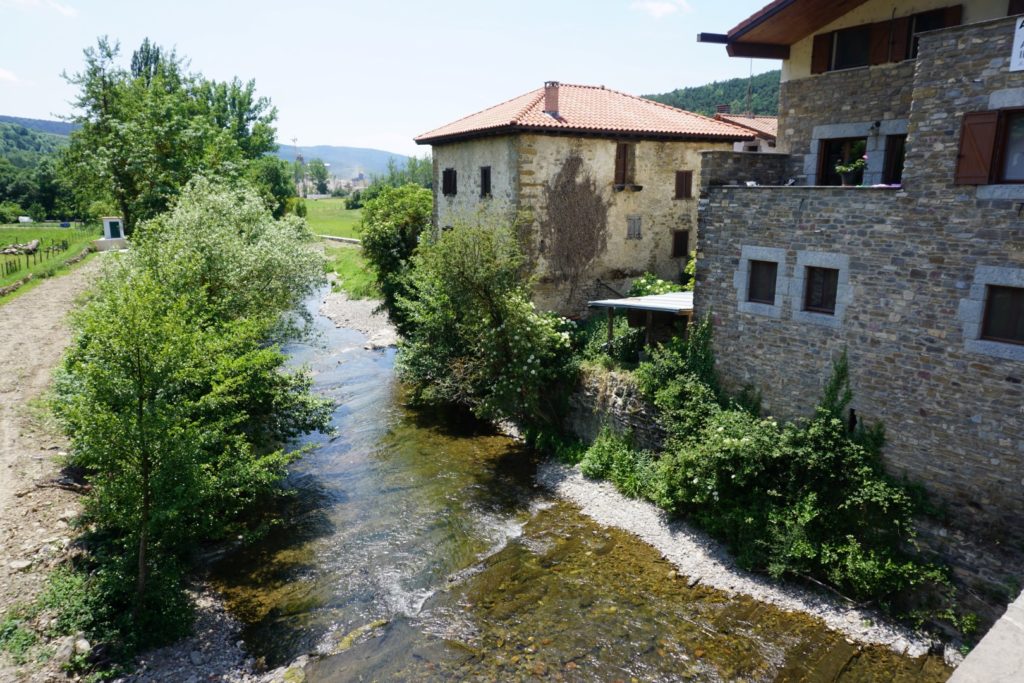 Dear reader, a sudden wave of fatigue has overcome this particular author – so here’s Jen.

Jen: Upon arrival, we headed to the nearest albergue (the municipal one) and collapsed in a heap for a while before heading to the showers. I personally had a very long and tiring day. I’ve had the flu since Monday and it’s so bad that I need not even milk it.

The other two wandered out in front and I got chatting to a South African woman who was walking at around the same pace as me. She had done the Camino before, from Sarria to Santiago and was back to do the beginning piece with a few friends. I like the way the Camino mixes groups of people who would otherwise never mix. We’re yet to meet any Scottish people, but there are plenty of Brits about and lots of French people. It’s a different demographic this year compared to last.

Anyway, in Zubiri I sloped into the showers and scrubbed till I felt human again, and dad and Hamish milled about playing with this website. I was feeling dreadful but a shower and some food helped. We got some dinner (veggie lasagne – a rare treat!) and packed our bags ready for morning.

There was lots of standing in rivers today in an attempt to cool down swollen feet. Here is Hamish standing in a river. 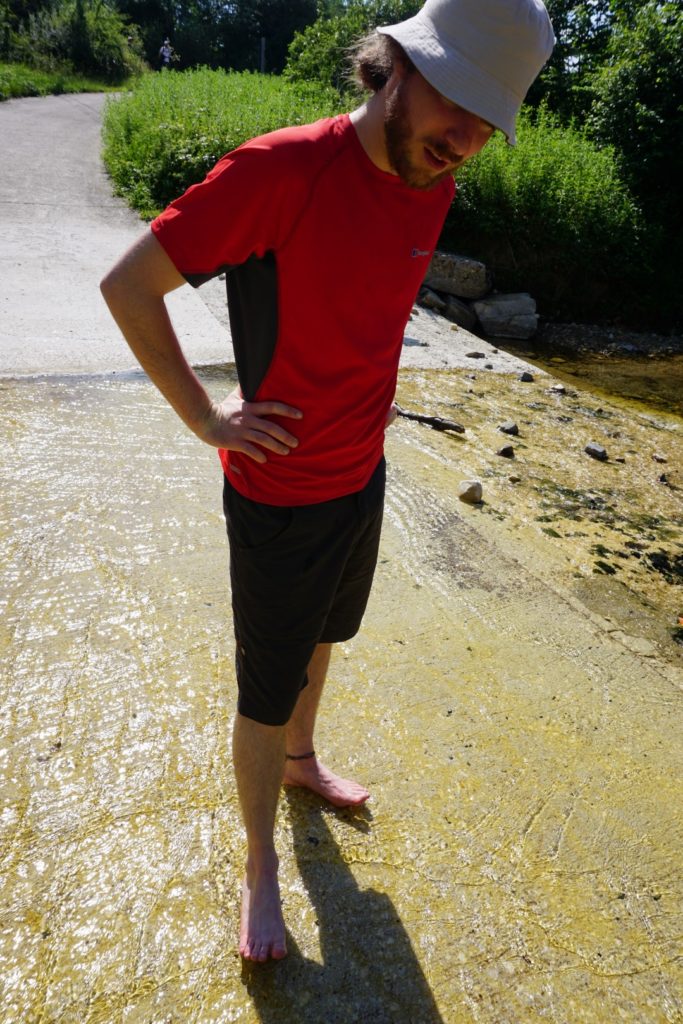 A long day, so definitely time for bed. G’night all.