Steve: CitizenM really is a fun hotel. We like it very much. It ain’t Spain, in fact, I think you could argue that the whole Shoreditch digerati thing is the very antithesis of the Camino.  But, if you have to be waylaid somewhere, it’s better than most.

It’s a UK Bank Holiday today and London is eerily quiet. We lived in London for the best part of two decades, from 1980-99, and my commute to work on the No 8 bus ended at the bus stop just around the corner from the hotel.  To say that things have changed since the 1990s would be an understatement. 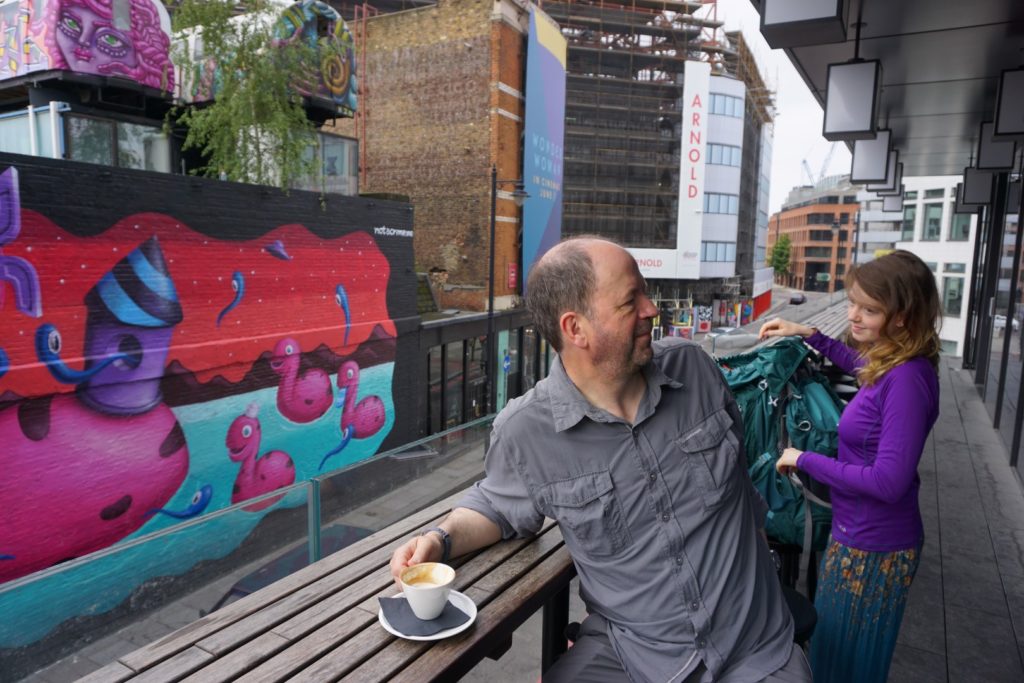 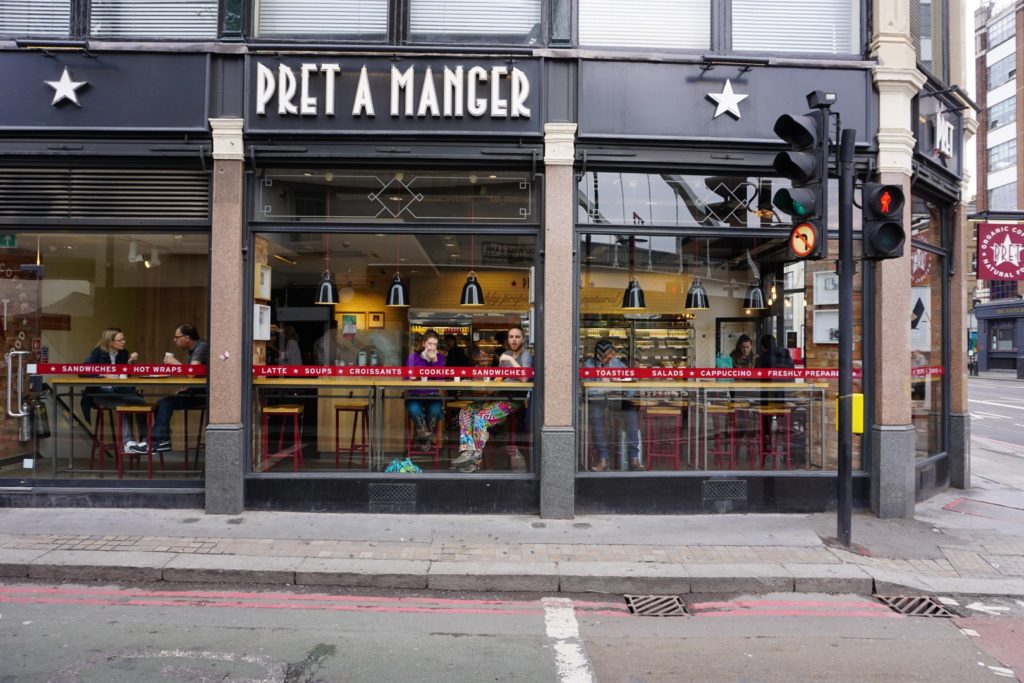 …we headed east and took a look at the old stomping grounds. Jen, a proper Cockney – born in The Royal London Hospital on Whitechapel Rd, hasn’t been back since she was 4 years old.  Her comment was that everything was a good deal smaller than she remembered.

It’s not the Camino but it was a good tourist day.

As we wandered around today in a ‘Camino state of mind’ I found these signs interesting…. 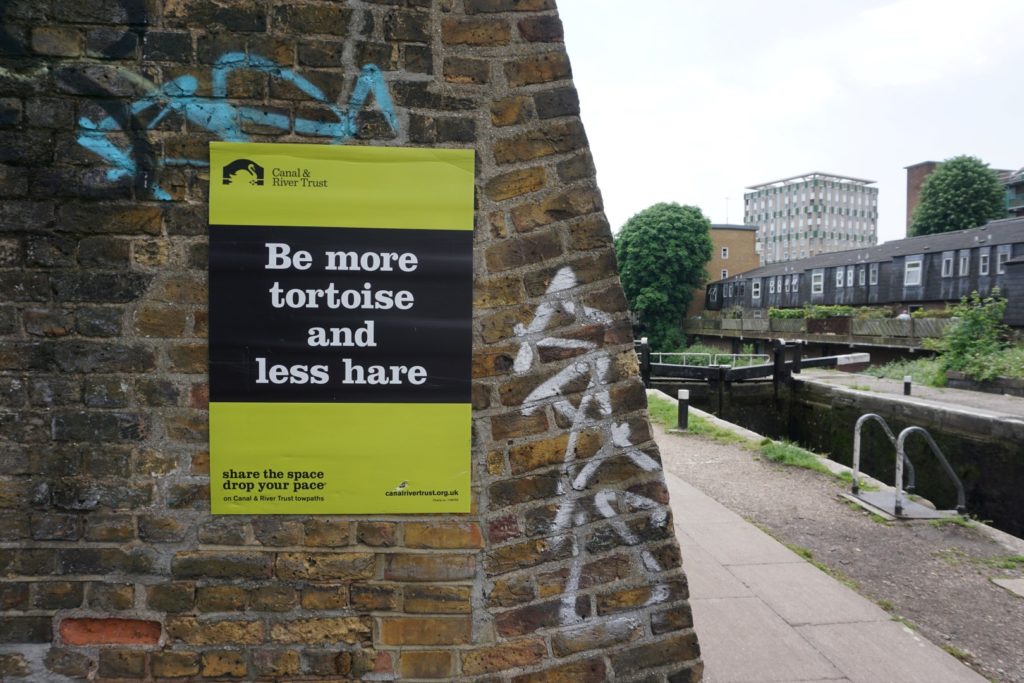 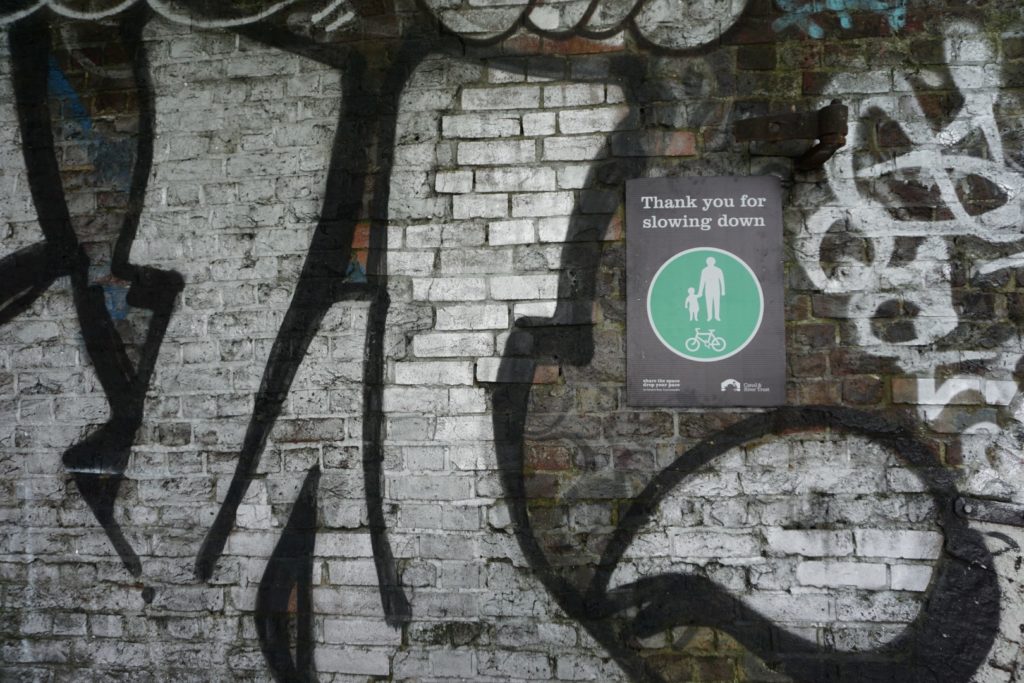 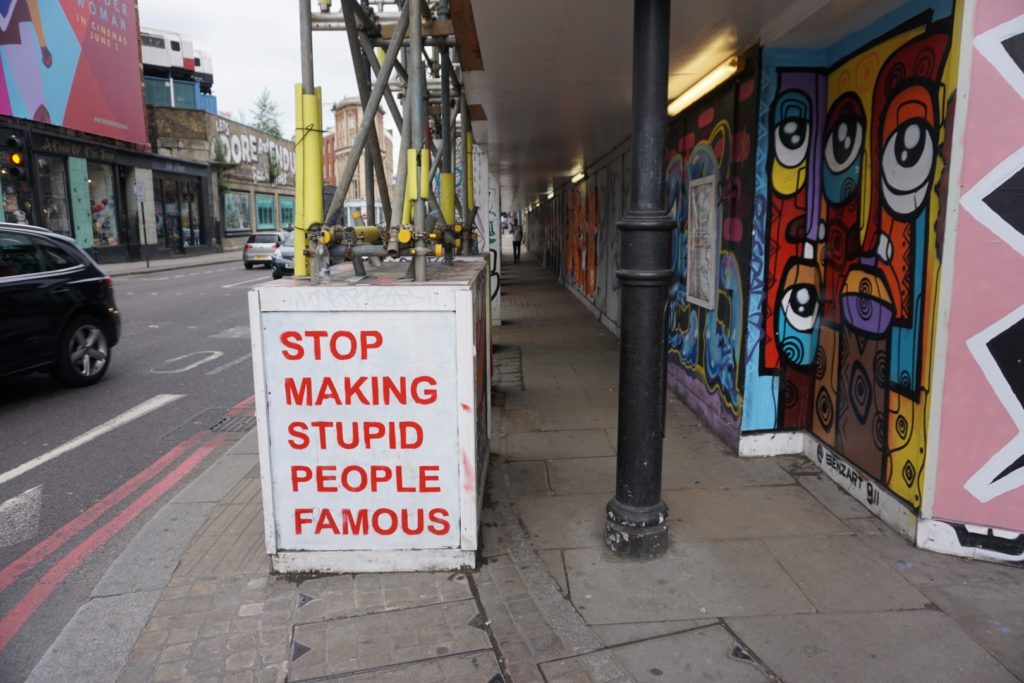 …and Jen got to feed a horse. 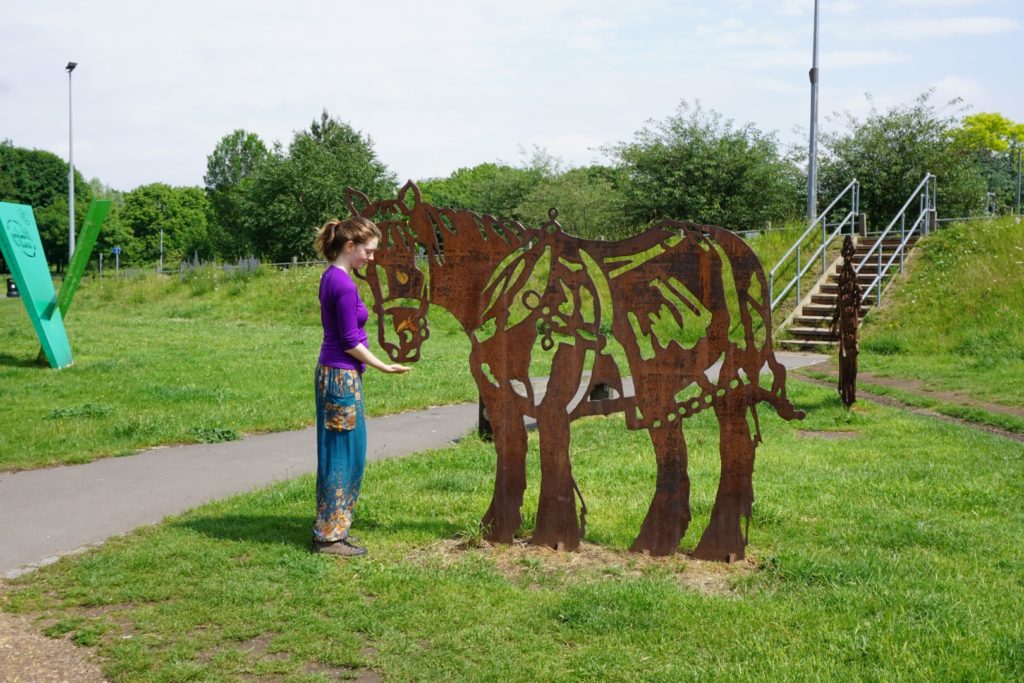 PS: I’m currently watching Theresa May and Jeremy Corbyn on Channel 4. The UK Election is on June 8th (and I’ve already voted by post).  I do rather despair about the quality of political discourse on British TV.  We’re not in the pit that is the US, but I’m not sure I understand the point of Jeremy Paxman’s banal interview questions.  Why bother with questions of the “have you stopped beating your wife? Yes or no” variety?  How am I enlightened by this?